Who does not know the Ritz Hotel in Paris???? Place Vendôme!!! The ultimate symbol of Swiss hospitality!!!

Yes, Swiss….The Ritz was founded in 1898 by a Swiss gentlement from the Valais area… César Ritz… Famous individual for having worked in many famous hotels, known, at the time, as the best host in Europe, opens his own hotel in an unforgettable night when Princes, Politicians, Writers and the Parisian Society shared glasses of champagne in a palace of luxe and glamour….

The Ritz opened its door already the place to be… Celebrities throughout the 20th century visited and dinned at the hotel, some of them even having the hotel as its primary residence, Coco Chanel being one of them…

The Ritz was not a only a symbol of luxe but also of modernity. It was the first hotel in Paris to have running water, private toilets in each room and a private bath tube. The hotel was also the place where Hemingway would spend his days in Paris and even Göring, Hitler’s right hand, the number 2 under the Nazi regime, would use the imperial suite of the hotel at his stay in Paris, prior to the occupation.

The list of celebrities which used the hotel is endless, and most recent it was the last location of Princess Diana, at the night of her tragic death in Paris in 1997.

The Ritz is about to re-open. It has been nearly 5 years that it is closed for renovation. A lot of rumor and expeculation is going on… People cannot wait to see if the icon is still going to come back as in the old days… It is true that competition is now fierce, Paris has splendid hotels but many still bet the the Swiss soul of hospitality is impregnated in the history of this hotel and no other one can be comparable…

I cannot wait to check it out when it re-opens. Promise to post! 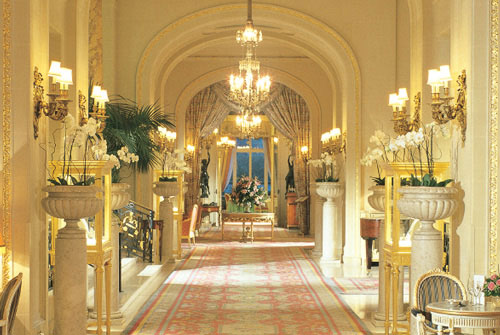